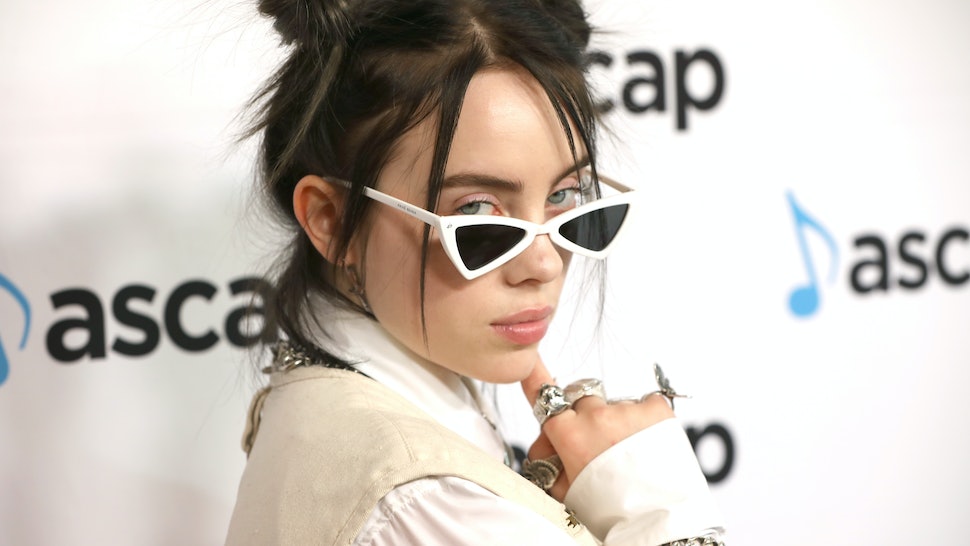 Eilish wore the suit to the ASCAP Pop Music Awards in Beverly Hills, where she was presented with the Vanguard trophy by Julia Roberts. The award is given in recognition of "the impact of new and developing musical genres, which help shape the future of music." The first two musicians to be awarded the honor were Björk and Soul Asylum back in 1996.

To receive the award, Eilish decided to wear a suit that was decorated in millennial pop culture relics. The Powerpuff Girls might have been before the 17-year-old's time, but that doesn't mean Eilish can't appreciate Cartoon Network reruns. The suit in question consisted of a khaki utility vest and beige cargo pants. The two items were stamped with over-sized motifs of Blossom, Bubbles, and Buttercup. The superheroes looked like they were in fight mode on Eilish's outfit, where the characters appeared to be jumping into action — probably to fight Mojo Jojo or the Gangreen Gang.

The nostalgic suit was then paired with an oversize white button-up shirt, a Gucci messenger bag, and retro cat eye sunglasses. The white sunnies came from Privé Revaux, and they were the Bermuda sunglasses that cost an affordable $29.95. 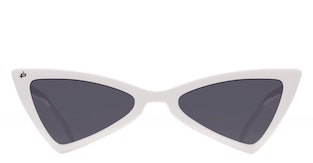