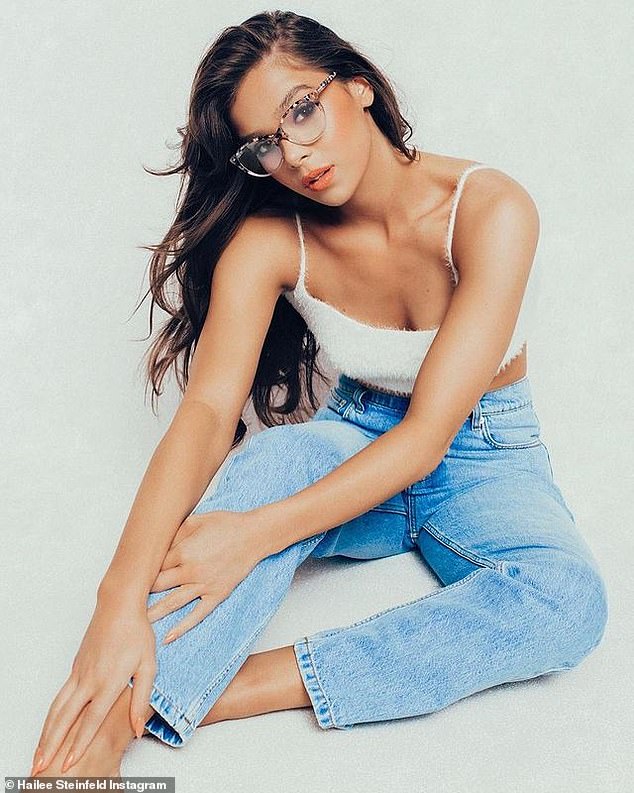 Hailee Steinfeld's star is surely on the rise with her roles in the comedy-drama series, Dickinson, and the upcoming superhero series, Hawkeye, which she's been shooting on the streets of New York City in recent weeks.

And on Friday the 24-year-old California native slipped into her role as entrepreneur for the celebrity eyewear brand, Privé Revaux, which she co-founded along with the likes of Ashley Benson and Jamie Foxx.

In two of the photos, Steinfeld sat on her backside and showed off her fab figure in faded blue jeans with a stylish white crop top that had a furry, spaghetti-strap design.

She also had her brown tresses styled long and flowing to her lower back with some added soft curls and a part on the left.

Of course, the ensemble was rounded out with a pair of glasses from the Privé Revaux collection, which are marketed as luxury eyewear for an affordable price.